How do you win a campaign?

Put one foot in front of the other

A pair of beat-up old sneakers have become a symbol for how to re-elect Mike Schreiner in June. Sean Yo, 2018 campaign manager for Mike, held up his travelled running shoes to show supporters and volunteers what winning a campaign looks like. He noted the shoes travelled all the steps it takes to win an election and that included thousands of kilometres of canvassing, and knocking on doors to talk with people.

Winning in 2022 is even more important than the 2018 campaign. Winning means we have the courage to vote for the kind of community we want in Guelph, we are building momentum and we are changing the narrative for all Ontarians. And there is only one way to do it: get more votes than the other candidates.

Canvassing is the path to getting those votes and we need your help to do it. Simply put, canvassing is talking to people, learning about who they support and then recording that information.Â

When we phone people or knock on their doors, we aren’t trying to convince people to vote for Mike, we’re simply there to build a connection and ask them who they’re voting for and then thank them. One important tip is for you to “know your why”. What is your reason for voting for Mike? When you visit the campaign office at 265 Edinburgh South, you’ll notice the “purpose tree” when you walk in the door. Written on the leaves are some of the reasons why people are voting for Mike.Â  Thinking about your own why will help you speak from a place of authenticity when people want to know more.

The Three Parts to Canvassing

Whether you make phone calls from home or you knock on doors, there are three important elements to canvassing:

Learn more about the impact Mike has contributed to Guelph over the past four years.

Jump in right now to get involved with the campaign. 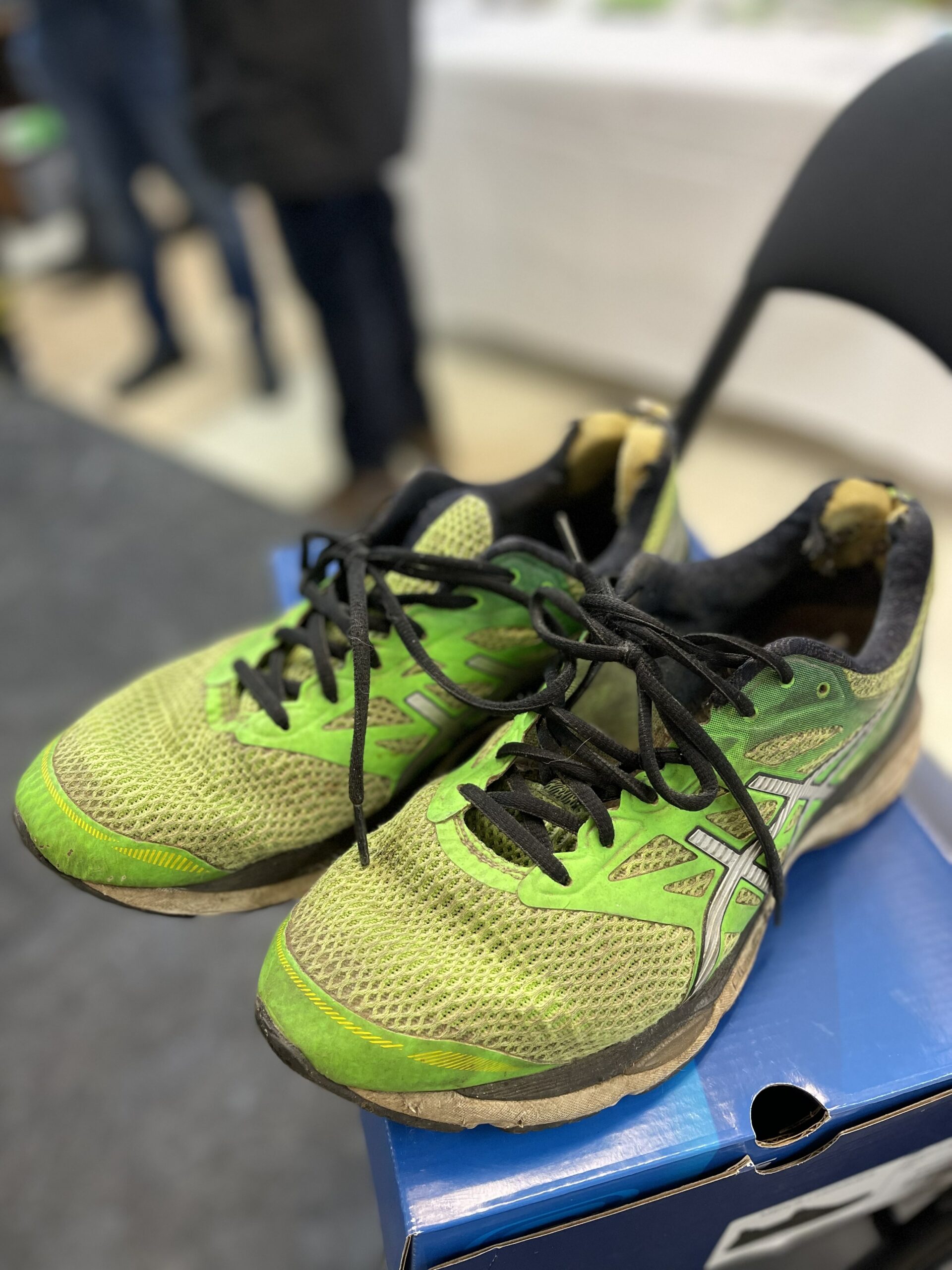 These shoes were made for talking. “These shoes are precious to me and Iâ€™m leaving them here in the office for the entire campaign so we can look at them every day and remember what it takes to win, and how hard we have to work to make that happen.” – Sean Yo